One of my all time favourite comedies has to be Woody Allen’s Sleeper, one from his “golden era” where Allen, his usual nerdish self, wakes up into a future where America has become a totalitarian state. Allen, a crowning example of the phrase “looks aren’t everything” (remember what Roger Rabbit’s wife Jessica Rabbit said about her beau when asked ‘what do you see in that guy?’ – “he makes me laugh”) winds up getting the girl, Diane Keaton (as in real life too), but not before managing to duck out of an encounter with the Orgasmatron.

The Orgasmatron was a cubicle where couples go to … well, it’s fairly self explanatory I guess. Why bother with all the whispering sweet nothings and tender foreplay when you can hop inside a big booth and wham, bam, thank you ma’am it’s all over in less than a minute.

The Orgasmatron isn’t the only instrument of pleasure that sci-fi futures have dreamt up for us. Jane Fonda’s encounter with Durand-Durand’s Expressive Machine in Barbarella, a contraption designed to engineer death via extreme orgasmic pleasure, left Fonda in flames of passion and the machine in flames – period.

And in Demolition Man Sylvester Stallone puts on a ‘sex helmet’ offered him by Sandra Bullock but, after having a rather less than intimate, less than satisfying romantic encounter as a result, suggests they ‘do it, the old fashioned way’, to which she replies: “Eeewww, disgusting! You mean… ‘fluid transfer’?”.

What these three movie examples are all saying is that no matter how messy, how raw human relationships are, technology is no substitute.

And maybe at the time it wasn’t. And then, back in 2004 a doctor in Winston-Salem, North Carolina discovered by accident a real life orgasmatron.

Dr. Stuart Meloy, an anaesthesiologist and pain specialist, whilst working on a new device to treat chronic back pain, put an electrode into the spine of a female patient. The woman reported a decrease in her pain and a delightful, but very unexpected, side effect. When the treatment ended, she told him: “you’re gonna have to teach my husband how to do that!”

Meloy went on to develop an ‘orgasmatron’ device to treat sexual dysfunction in both female and male patients. But for him this technology was all about strengthening relationships; when one partner isn’t getting the same level of pleasure out of a relationship and that is then restored by technology “you’ve renewed interest in each other” Meloy said.

So is this the bright future for relationships that technology is now taking us towards?

Well, yes and no.

What is clear is that the era of the smartphone has propelled us into a rapidly expanding age of novel ‘sex technologies’.

At one end of the scale, for example, you have Pillow Talk, “an interactive product aimed at bringing long distance lovers together. Each person has a special pillow on their bed and goes to sleep wearing a wireless ring sensor. When one half of the couple goes to bed, the pillow on the other’s bed begins to glow softly. Placing their head on the glowing pillow, one can instantly hear the real-time heartbeat of their lover and feel closely connected, regardless of distance”. Sweet!

And at the other end there’s the OhMiBod! Remote, an iPhone app which, when coupled with one of a range of OhMiBod vibrators, will let you – as Techcrunch decribes it – “pleasure your partner no matter the distance”.

In fact, there’s even now an app for oral sex called LickThis. Apparently you get to lick the screen of your smartphone which – given how many people use their phones whilst on the toilet – is certainly something I wouldn’t recommend doing!

As for future uses for the Oculus Rift virtual reality headset … the mind boggles?

But actually, I’m not so interested in all this sex toy tech. Sure it’s future tech of sorts. And I accept that this technology could be relationship enhancing. But in the main it’s still mostly about making ever more sophisticated sex toys. Better mousetraps, so-as-to-speak.

Yes, sex can be great. Really great! Or as Woody Allen’s character in Love and Death says, following the comment ‘sex without love is an empty experience; “yes, but as empty experiences go, it’s one of the best”. But ultimately, it is (or should be, as I believe) about loving relationships.

Personally, I think that when it comes to sex & relationships we humans are usually pretty adept at getting the sex bit right and highly capable of getting the relationships bit wrong. To quote from Sleeper; Keaton: “it’s hard to believe you haven’t had sex in 200 years” Allen: “204 if you count my marriage“. 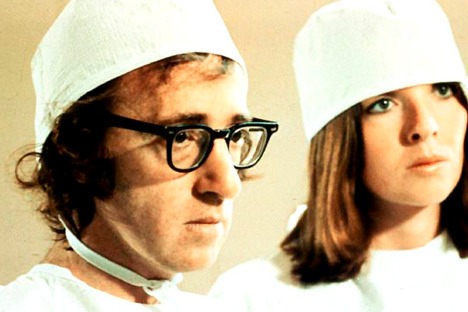 According to a BBC report at the end of last year, we seem to be having less sex, not more, and technology – social media in particular – may partly be the cause of this. “People are worried about their jobs, worried about money. They are not in the mood for sex” surmised Dr Cath Mercer, from University College London. “But we also think modern technologies are behind the trend too. People have tablets and smartphones and they are taking them into the bedroom, using Twitter and Facebook, answering emails“. Granted, there is conflicting evidence about how or whether modern digital technology is good or bad for relationships (see e.g. PandoDaily’s comments on the recent Pew Centre report).

But how much of this novel technology exists to make things better?

Well on the app side there are developments at least (leaving aside for the moment dating sites and apps such as Match.com and Tinder). There’s the Kahnoodle app. Kahnoodle Founder and CEO Zuhairah Scott Washington said that the idea for the app came from her frustration that there were apps available to achieve life goals like weight loss or managing one’s finances, but that, as a newlywed, she couldn’t find an app that would “make it easier for couples to become better partners and give each other what they need to feel loved more often… [and] proactively manage their relationship success.”

And there’s Tokii which “facilitates communication in different stages of your relationship by providing games, interactive play and relationship advice for you and your special someone”. There’s Duet which aims to “bring the romance back to one-on-one messaging” (something you probably can’t achieve by using the new messaging app Yo despite whatever Techcrunch says). Another is Avocado which bills itself as “the best way to stay connected with the most important person in your life through chat, lists, calendars, sketches, photos, and more”. And there’s Couple, “the app for two”, designed to help couples stay connected.

But I ask myself, what about the hardware?

When it comes to physical tech are sex toys the only things we can invent? It seems strange to me that relationships are intrinsically physical in so many and varied ways – including touch, caress, kiss, scent, eye contact, laughter and whisperings – yet apart from the sex act itself we seem to have come up with few “hard” technologies specifically designed to enhance that physicality? It’s as if we say we want intimacy, but all we really have on offer is sex (and we know that sex and intimacy aren’t necessarily the same thing; sex does not mean love). Come on Silicon Valley, you can do better than that!

So, if they don’t exist yet, then maybe we need to invent some?

You may have heard of Qualcomm’s X-Prize competition offering prize money to the first person to invent a real life Star Trek medical Tricorder? Well, why don’t we launch the XXX-Prize for “future sex” technologies that make a positive contribution to human relationships and wellbeing? 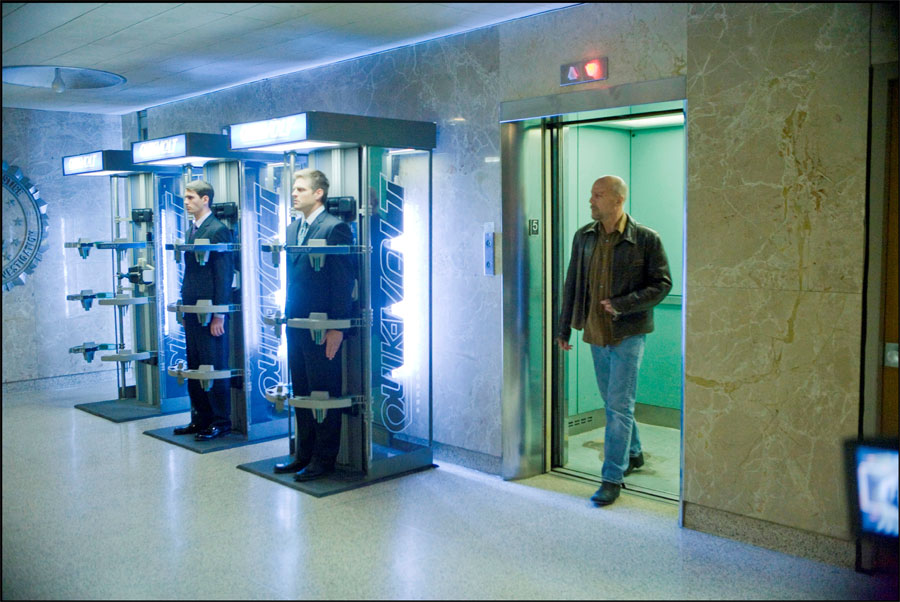 Well, what if you had an artificial android alter ego who’s body shell your consciousness could download into, enabling you to stay at home (or elsewhere) with your ‘significant other’ and / or family members whilst you yourself were away (on business; on military service; on the International Space Station)? You could still do all the household chores, cut the grass, get the shopping, collect the kids from school and read them bedtime stories when they go to sleep, cook a meal for your other half, and still have time (and energy) to make love to your sweet beloved at the end of the day (unlike your real self, maybe). And all the while the real you is somewhere else, maybe doing something else.

Would that be cool, or what?

Previous: Amazing wonder drug discovered that could cure anxiety and depression.
Next: New app tries to change everything, but will it work?

A guy who's passionate about envisioning the future and building towards it, particularly through strategy development and business planning. Visit my website FuturZ (www.theincredibleshrinkingworld.com) for more ideas and insights about technology innovation and the future.