Don't Miss
Home / Uncategorized / Altcoins: What Are They and Why Should I Care? 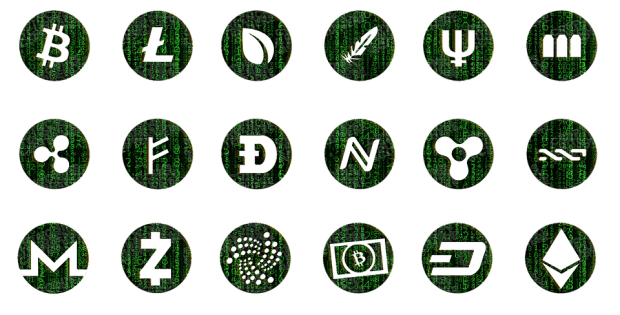 Altcoins: What Are They and Why Should I Care?

Ah yes, cryptocurrencies; almost all of us have heard of them at this point. Between hearing your friends, coworkers, and family talk about Bitcoin, to seeing them not only discussed on the news, but CNBC even airing a tutorial on how to buy Ripple (XRP) on “Fast Money,” the topic can’t be escaped. But what about the pricing? You remember hearing about Bitcoin back when it was maybe $200 or $300, but you figured there was no way it was ever going beyond that, but now it’s trading consistently at over $10,000…you missed the boat, didn’t you?

Well, in this post we’re going to break down just how you haven’t missed the boat on the growing craze, and where you can look to next.

Altcoin? What the Heck is an “Altcoin?”

Technically speaking, an “altcoin” is actually just any cryptocurrency that isn’t Bitcoin, however, in common usage, the term generally refers to a coin that isn’t one of “Big Three:” Bitcoin (BTC), Ethereum (ETH), and Litecoin (LTC)[1]. You’ve likely heard of a lot of them. From some of the big names in the altcoin scene like Ripple (XRP), Tron (TRX), Cardano (ADA), and Stellar (XLM), down to some of the smallest market cap coins you’ve likely never seen before like Janus (JNS), Ace (ACE), and RateCoin (XRA), altcoins come in all shapes and sizes.

What Does That Mean for Me?

Okay great, so we know that an altcoin is just any cryptocurrency other than Bitcoin, but what does that mean?

That means all kinds of things, but the most important of which is opportunity. Unlike the big names like Bitcoin and Ethereum, altcoins are much smaller in terms of not only coin price but market capitalization as well.

Smaller coins still haven’t seen large scale adoption yet. Unlike Bitcoin, which is all over the news and is making waves in the financial sector, the majority of these smaller coins haven’t made it to the point of the big players yet.

The majority of the smaller altcoins are still in their infancy stages, just like early Bitcoin and Ethereum.The advantage is that a lot of them, especially those with solid development teams and a strong plan, will grow to something much larger than they are now. While you may not see a coin go from $.00256 to $10,000 overnight, it is possible to see previously unheard of returns on initial investment (ROI).

That’s why you should care about altcoins. Though generally smaller in value, there is still a lot of room for growth in the market. On top of that, Bitcoin is getting older and is being seen as a less viable option for real world transactions and while it is the grandfather of cryptocurrencies, it’s not going to be the only one catching the eyes of major institutions.

Not exactly. While it is true that the cryptocurrency markets see insane fluctuations of prices and growth rapidly, the opposite is just as true. Many coins and tokens will go nowhere. Some are just a flash in the pan, the price skyrockets, drops back down, only never to see a return to the all-time-high. Keeping in mind the volatility and risks associated with different crypto assets cannot be overstated. While they have the potential for high reward, this specific asset class also has a great potential for high risk and high failure. Always do your own due diligence on a project.

There isn’t enough room in the market for the 1,000+ altcoins to make it to the Bitcoin level of value anyway. Besides there being just so many different altcoins out there, their circulation varies as well.  We’ll break that down with a couple of examples.

Let’s take a look at one of the altcoins that gained mainstream attention recently: Ripple (XRP).

Even though XRP is a widely popular coin, there is a rather large amount in circulation (think back to your days of “supply and demand” in your first economics class).

According to CoinMarketCap.com, there are currently 38,739,142,811 XRP in circulation (with more on the way in the future). That sounds like quite a few coins, doesn’t it?

Just to put that into perspective, Bitcoin (two ranks above XRP in terms of market capitalization, at the very top) only has a circulating supply of 16,825,837 BTC, with more in the future, but only up until 21,000,000 BTC. One of the primary factors for certain coins not hitting the $10,000+ price point is how many coins are in supply.

It is important to note that market capitalization is not everything. In 2017 alone, the entire cryptocurrency market capitalization rose over 2,700% (from roughly $17 billion to over $500 billion). That’s crazy. Is that likely to happen again in 2018? Possibly, but there’s no way to know for sure. The chances of a coin with an enormous supply like XRP hitting $10,000 is pretty unlikely unless we see a massive shift in cryptocurrency adoption to the point of fiat currency being rendered obsolete (pretty unlikely anytime soon).

Now let’s take a look at another altcoin, NEO. For this example, we check the CoinMarketCap.com page and see that it’s currently trading at around $136 per coin, significantly more than XRP, right?

In the case of NEO, there are a quite a few factors going into its valuation. Even if we aren’t thinking about the technology behind the coin and the platform built by the team, we can still see some basic differences between NEO and XRP in terms of circulating supply.

Unlike XRP’s supply of almost 40 billion coins, NEO has a circulating supply of 65 million. That’s a big difference.

After taking a look at both the upsides and downsides of investing in altcoins, there should be a few major takeaways before deciding to engage in the markets.

2018-02-13
Ben Way
Previous: The future manufacturing and robots
Next: SAFTS: What They Are And Everything You Should Know (But Were Afraid To Ask) 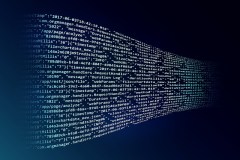 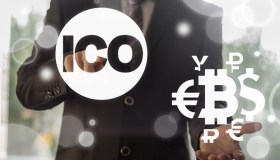 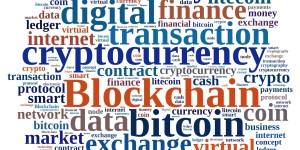