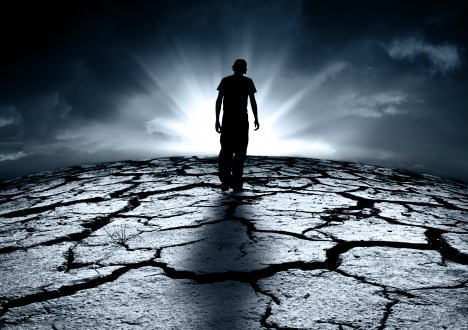 Amazing wonder drug discovered that could cure anxiety and depression.

IMPORTANT DISCLAIMER: Before trying any new activity or treatment you should always consult a medical professional. While it is possible to legally acquire nitrous oxide in many jurisdictions, we recommend that you only do so through a registered medical practitioner and always check your local laws. This article does not constitute a recommendation for treatment of any disease and all information in this article is early research and needs to be substantiated through professional medical studies.

What if I told you there was a wonder drug that could cure anxiety and depression. That this drug had been used in the medical pharmaceutical field for 170 years and is considered one of the safest legal drugs in the world. You maybe thinking I’m talking about marijuana?

No. I am talking about a gas we breathe every day and most of us have experienced at the dentist, nitrous oxide or its better known name laughing gas.

But the potential of laughing gas is no laughing matter, in the US alone 40 million people suffer from the awful affliction of anxiety, I should know, I am one of them.

Almost seven years ago a military training incident left with me with a severe head injury, resulting in Post Traumatic Stress Disorder.

Anxiety or depression are impossible to explain to somebody who has not experienced it. On a scientific level your brain gets into a cycle state where neurons in your amygdala that are responsible for the evolutionary development of fear become hyperactive, this in turn causes the brain to change the balance of neurotransmitters chemicals, especially serotonin, the receptor for the feeling of happiness. On a human level you would not wish this on your worst enemy, for me it manifested itself in an irrational fear of death, every morning for five years I would wake up in the morning and my brain would tell me I was going to die.

Now this is hard enough within itself, but trying to project to the rest of the world that everything was fine was equally challenging. Having to go into meetings and close multi million dollar deals, whilst under the table your hands are shaking is no easy feat, but life has to go on and I soldiered through as if nothing had happened.

During these five awful years of my life I tried every cure for anxiety. I mean every cure. I did the whole priory clinic psychiatric doctors at a $1000/hour to taking every type of pharmaceutical prescription drug available to alternative therapies like yoga and acupuncture. I even tried a spiritual healer to try and ‘exorcism’ the anxiety out of me, which turned out to be one of the weirdest and bizarre experiences of my life, won’t be trying that again!

Let me tell you about psychiatric pharmaceutical drugs, they do work but they are a blunt tool, and they are a pure poison to your body. Some of the side effects I endured while on them were horrific. Citalopram was the worst, when that finally kicked in after four weeks, my extremities swelled to twice their normal size and what I can only describe as cold lighting pulsated through my entire body for six hours, I genuinely think my body was close to death during that experience.

Why are these drugs a blunt tool? Because they take too long to work, when you start to slip into anxiety or depressive state you have a finite amount of time before the anxiety or depression starts to become part of your core thought process. By the time you have identified that there is something seriously wrong and had the courage (because when you’re a strong person its hard to admit to yourself that you have a problem) to seek medical help the cycle is already becoming endemic. The best thing that doctors can give you, with all our amazing medical technology is a drug that will take between 4-6 weeks to kick in, poisons your body and then only have a small chance of actually curing the problem. You maybe on these pills for the rest of your life, for the fear of returning to fearful you is not a choice.

So how did I cure myself? Well it all started with trip to the dentist during this time of anxiety. My wisdom teeth were coming out and I was given nitrous oxide as a sedative, not being afraid of the dentist but still suffering from anxiety, I started to breath in this wonder drug. Within 15 seconds my anxiety had disappeared, the freedom I experienced in that moment was overwhelming. For the first time in 5 years my brain came back to me.

Upon discovering this effect, I could not understand why I had never been prescribed this drug. I started researching it extensively, I read every research paper on it, trying to understand why we were not using this miracle drug for one of our greatest afflictions.

Having a very highly tuned brain meant that under no circumstances did I want to do any damage to it, its one of the reasons I have always shied away from recreational drugs. So I set out to learn why a legal, safe drug was not being prescribed. The answer was obvious, drug companies can’t make any money from it, so there is no incentive to run the necessary studies to show that it could help millions of people.

However what I did find out about nitrous oxide was incredible, its a completely safe (remember its given to children!), non addictive drug with a single known side effect of a vitamin B12 deficiency which can be avoided with a simple supplement.

The reason why nitrous oxide actually works is unbelievably still unknown. However I theorise that it binds to the same receptors in your brain as alcohol as well as having a secondary effect of being a selective serotonin re-uptake inhibitor, or a fancy way of saying it binds to your happiness sensors.

After completing my research I sought out an anaesthetist who I could work with to test the effects of nitrous oxide in a safe environment, I was about to turn myself into a human guinea pig!

My journey with nitrous oxide, as with any drug, is about respect and control. Working with the anaesthetist I slowly explored doses and effects on my brain.

The truly amazing thing I found that was a single breath of Nitrous Oxide could remove my anxiety within 15 seconds. Increase the dose and you float into a higher mental plane that gives you a clarity of thought that is rare in this age of information. During this time the understanding for how my brain works at a fundamental level was awe inspiring, but that is a story for another day.

So for the last year I have been working on developing a portable nitrous oxide inhaler that mixes air with nitrous oxide at a 30%/70% mix which is optimal for reduction in anxiety but without the theoretical risks involved in reducing the oxygen levels to the brain(however from my research I cant find a single death or brain damage directly attributed to nitrous oxide) my next step is to do a clinical trial, I am reaching out to the Bill and Melinda Gates foundation and the Wellness Foundation to see if they will help fund such an endeavor, the mental wellbeing of millions of people could be at stake.

I welcome anybody to help me, and if you have suffered from anxiety and depression and can’t find a cure and are in the California area get in touch, maybe we can get you involved in the clinical trials.

I could be wrong, but lets hope for wellbeing of humanity I am not.

On a side note, I only had anxiety, not depression, but I think the same basic mechanisms are at play in both illnesses so I suspect it will help for both. Additionally I think Nitrous Oxide could be used to reduce alcohol dependence, I found a single study that alluded to it http://www.ncbi.nlm.nih.gov/pmc/articles/PMC2429646/ 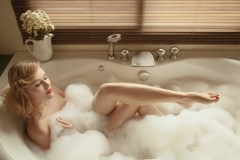 Would you take a bleach bath to keep you looking younger? 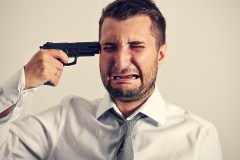 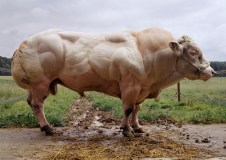 Holy cow…and the future of food.